The recent disastrous floods in Queensland have had a huge impact, not only on those in their pathway, but also on those who have been looking on in disbelief.  There’s an enormous amount of work to be done to bring the state back into normal operation and we are being told it could take years.  But how about the people?  They will have various reactions to their ordeal, but when will they return to normal every day life? We know that people who live through wars, cyclones, bushfires and the like are prone to becoming mentally ill with posttraumatic stress disorder.  Will flood-affected people suffer mental health issues?

We are aware that people who have survived such events as bushfires, cyclones, war, car accidents, sexual assaults and muggings are often traumatised by the horrific experiences they have encountered.  But some people sail through the same events without any apparent distress.  So it seems that the event itself does not cause a person to be traumatised, but what does?  The answer is in each individual’s experience.  In psychological terms, by definition a person is classed as traumatised when the events they have gone through also include experiences of believing that they themselves or some other person might be killed or at least seriously injured; and within the event they experience fear, horror or helplessness to prevent the tragedy from unfolding.

Statistics tell us that somewhere between 10-20% of the people who have been affected by the recent floods will succumb to depression, anxiety or posttraumatic stress disorder over the coming months, and will require professional help to prevent it becoming a lifelong disorder.  If you have family, close friends or neighbours that have been affected by the floods in some way, no doubt you would love to find some means to prevent them from becoming one of the statistics.  Fortunately, there are many things you can do to help.

First and foremost is to reassure them that they are now safe.  If you are not able to do it yourself, put them in touch with people who will provide very practical assistance for them in the coming days, weeks and months.  Simple things such as making cups of tea and providing nourishing meals are incredibly helpful.  Be aware that they may not be able to think clearly and will often need information repeated or written down, and follow-up reminders of what they have already been told.  If they want to talk, take the time to listen.  It is important for traumatised people to share their story – many times over!  Fortunately the media is doing a great job of telling the stories and this is very healing for not only those directly affected, but the general public who have a need to understand what has happened to their community.  Seek out anyone who may have been overlooked and give them an opportunity to be heard.  However, be aware that some people will not be ready to talk yet, and this is quite okay.

Accept that flood affected people might behave in ways that are out of character for them in the next few weeks.  This is normal for anyone who has been traumatised.  Physical symptoms after trauma include feeling tired, having headaches, shaking, having an upset stomach, general aches and pains, and wanting to sleep a lot.  If any ailment appears to be serious have it checked by a doctor, but mostly these will pass after a few weeks.  Traumatised people often sleep poorly after the event, often due to distressing dreams, and can become apathetic about things that used to be important to them.  They may be irritated easily, impatient with delays or interruptions, unable to concentrate, and feel detached from other people. Or they may show signs of trying to avoid reminders of the events, such as staying at work for long hours, turning off the news, withdrawing from people, or over using alcohol, cigarettes or other drugs.  Be patient with them and try to discourage them from avoidance.  Offer to be there to support them through the difficult times of facing up to the reality of what has happened.

Sometimes the emotional reactions of traumatised people can be alarming, but these are all normal responses to a disturbing event.  We can accept that people will be sad, grieving over their losses, especially if they have lost loved ones.  But certain material things can be very meaningful to people and their loss will also be sorely felt.  Sometimes it can take a long time for the reality to sink in, and people are caught in a state of shock and disbelief for some time, unable to make decisions about moving forward.  Fear is also a very realistic emotion after such an event – if it happened once, why can’t it happen again?  Try not to be dismissive but help the person take as much action as possible to ensure their safety if the area did flood again.  Anger is also very normal, although it can be alarming to see a normally quiet-mannered person railing against the government, God, or even you when their indignation about being caught in such a disaster rages.  This too will pass.  Be patient and try to be understanding and supportive.  Another one that is hard to accept is a person’s guilty feelings for surviving when other people died.  Try to provide reassurances that they were doing the best they could, and this will usually pass too.  Other feelings may arise too, but accept them with patience and understanding.  Offer to take the person for a walk, or take them on a small outing where they won’t be pressured to interact with a lot of people.

The next few weeks will be a balancing act in trying to resume a normal life.  Going back to work can help normalise life, but not throwing yourself into too much work or other activities to avoid the unpleasant feelings and memories.  There are times when being alone can be healing, but too much isolation is not good.  If a person lives alone, offer to be with them for a few hours each day.  Find things to do that give them pleasure. 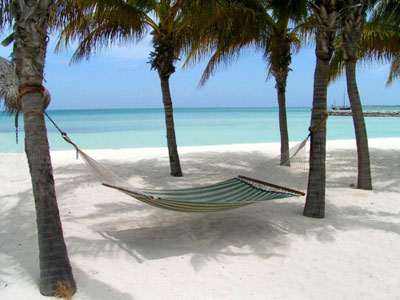 It is okay to laugh and enjoy things in life, even when tragedy is still all around.  Encourage them to make small, daily decisions, but hold off on making major life decisions such as moving house or changing jobs.

Finally, if in a month’s time the symptoms described above have shown little sign of decreasing, encourage the affected person to talk to a professional counsellor.  You can take the person to see their GP for a referral, or look online for a psychologist nearby.

One of the greatest motivating forces for nearly every human being is the desire to feel happy.  The pursuit of happiness leads people to work long hours to earn the money to buy pleasurable things, to study hard to qualify for a great job, to endure an emotional rollercoaster to … END_OF_DOCUMENT_TOKEN_TO_BE_REPLACED